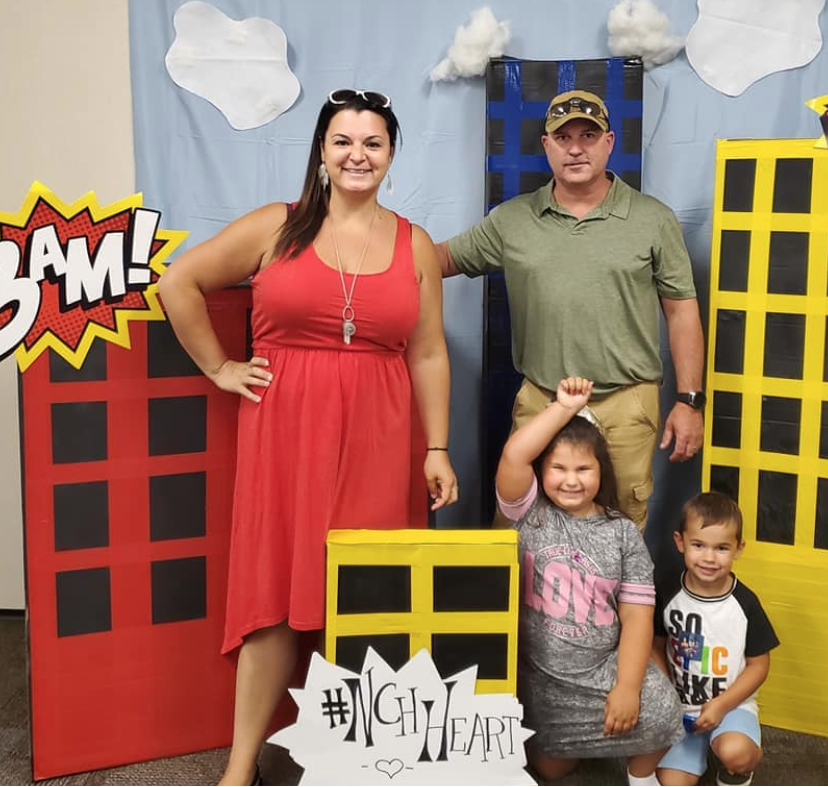 Joe & Tia Stropkai have been residents of Lewis Center, Ohio for the last 10 years and proud owners of O’Nelly’s Sports Pub & Grill for the last seven.

Owning a local business has had many benefits, none more paramount than the many relationships formed with members of the community. We get to see and meet new people almost every day at the pub. Everyone has a story, and we are fortunate to get to learn those of many of our customers. It was through one of these chance encounters, that we got to know Amie and Jonathan Crunelle, and quickly realized that we had many similarities in common. We are both originally from small little Eastern Ohio towns in the “Valley”. Joe from Colerain and Tia from Bellaire. Tia actually student taught under the tutelage of Jonathan’s father. We were also both relatively new business owners, and were raising young children in the immediate area.

Often times being referred to as “The Local Pub & Gathering Place”, we are fortunate to have imbedded many ties to the community and the opportunities to give back in a multitude of ways. We have donated our time, sponsored events and groups, and raised tens of thousands of dollars over the last several years. Various local school sponsorships, the Veteran’s Memorial Project, Honor Flight, A Kid Again, DSACO, and Fight Like A Dozier for Childhood Cancer, are just a few of the organizations we have been involved in.

Joe came to Columbus in the early 90’s to attend The Ohio State University where he earned degrees in both Criminal Justice and Political Science. During this time, the bar business was in his blood as he tended bar at several of Columbus’s iconic watering holes, including Houlihan’s, Sloopy’s, and Panini’s before heading South to Myrtle Beach and eventually Key West, Fl. After returning to Ohio and doing the “9 to 5” thing, he couldn’t pass up the opportunity to open his dream tavern.

Tia graduated from West Liberty University in 2003 and headed West to Columbus shortly there-after to pursue career opportunities, eventually becoming a kindergarten and 2nd grade teacher for over 10 yrs. She earned her Masters in Literacy from Ashland University in 2006. Things would take a dramatic turn in early 2013, as we found out we were pregnant with our first child, AND about to open O’Nelly’s. The next year was an adventure to say the least. Tia is currently a full-time stay-at-home mom when not helping wait on a table or two at the pub.

When not Celebrating St. Patrick’s Day, the family enjoys “Sunday Breakfast Day”, CBJ games, getting out on the lake, and a chill game of “SORRY” right before bedtime.
If you haven’t already had the chance to stop in and say hi, please do. We would love to add more people to the “O’Nelly’s Family and hear your story as well.